Greetings from sunny Southern California! The annual Baseball Winter Meetings are in full swing over here on the west coast and they’ve returned to San Diego for the first time since 1985. Back then, Marty McFly was travelling back to 1955, the local sports teams (Padres and Chargers) were both playing at what was then known as Jack Murphy Stadium and the Curve weren’t even a franchise yet! So needless to say, it’s been awhile.

We arrived in what they call “America’s Finest City” Sunday afternoon and in the picture below you’ll see our hotel (which is on the right) is right across the street from Petco Park (the current home of the San Diego Padres). These meetings are a bit different than the ones last year down at the Swan & Dolphin resort at Disneyworld mainly because we are about a mile away from the MLB hotel, which is where most of the typical winter meetings coverage you see takes place. All of the ESPN, MLB Network and other stations studios are setup in the lower levels of their hotel so we aren’t as connected as last year (where we could just walk across the street to the MLB hotel at Disney). Still though, it’s a pleasant walk when the nighttime temps are in the 60s….

We had lots of meetings yesterday that began at about 8:30 in the morning with the Bob Freitas seminar series. First out the gate for me was a look into what the MiLB Inside the Park App will look like in 2015 as we met with the folks from Brandiose (same company that did our logo rebrand in 2011). This offseason was big for them to get lots of input from teams that used it in 2014 after the app itself only launched days before the season began. With that input, they’ve added a few new features that should make it more interactive and easier for us to incorporate into our game entertainment coming up in 2015.

The rest of the morning was devoted to the Opening Session of the Winter Meetings with all the top brass from MiLB stepping to the podium to speak. A big part of the Opening Session is also the recognition of each of the League Executive of the Year awards, which our GM Rob Egan was the recipient of. Video on our IG page below…

Then the meeting was “interrupted” if you could call it that as the San Diego Chicken burst on to the scene to accept an award. He also decided to stay for the rest of the meeting and sat just a few rows in front of us. Very calmly, we might add…

Lunch and then a few more meetings later led us to this beautiful sunset as we walked along the bayfront to the MLB hotel for our reception dinner with the Pittsburgh Pirates. Clint Hurdle was in attendance and looking sharp and we also got to catch up with our trainer from 2010 Bryan Housand, who has been the trainer for Triple-A Indy ever since 2011. This reception had FANTASTIC guacamole. 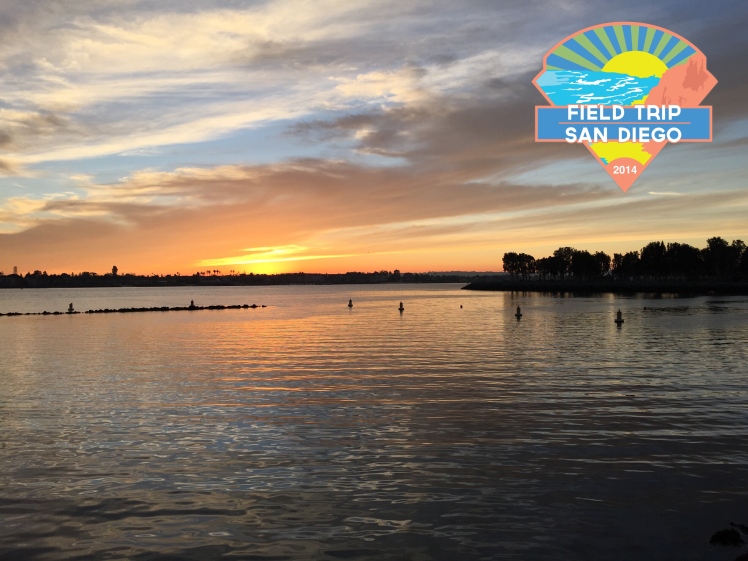 A quick walk back towards our hotel led us to the Opening Night of the Trade Show, which we’ll have more on tomorrow. A little teaser…we tried a Hamburger Hot Dog…interesting to say the least.

That’s it for now and I’ll leave you with a photo of what is called the OB Christmas Tree. OB, or Ocean Beach, is an area located just beyond the airport and about 15 minutes from downtown. We missed the parade and tree lighting by a few days but this tree sits at the entrance to one of the many beaches here in San Diego. A little out of place in the warm weather but Christmas time nonetheless in Southern California. As always, follow along on facebook, twitter & instagram (@AltoonaCurve)