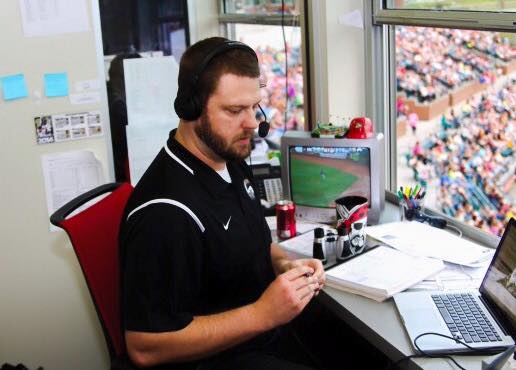 Today is my last day with the Altoona Curve before I head out to take on a new role with the Richmond Flying Squirrels, so I wanted to take a few moments to thank everyone for their support and reflect back on some of my favorite on-field moments over the last four seasons.

It’s hard to believe it’s only been four seasons. I was fortunate to be here for what might be the best run on the field this franchise has had: Four consecutive postseason appearances, back-to-back regular-season division titles and that incredible championship run in 2017. 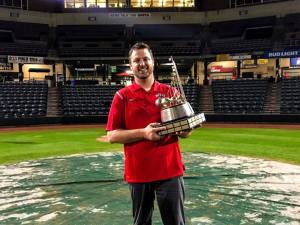 That championship easily stands out as my favorite on-field moment, not only of my time in Altoona, but in my professional career. Being around that group of players and watching them fight through to win it all is something I’ll never forget.

In no particular order, here are some of my favorite moments from my years with the Curve:

There so many other great performances here over the last few years, but those are some that stand out to me.

Mike Passanisi brought me on in 2015. In the few months I worked alongside Paso before he left us for the New York Mets, he showed by example what level of dedication it took to producing quality work in everything our Communications & Broadcasting department does.

I owe quite a bit of gratitude to Rob Egan for bringing me into the head role in the department and Derek Martin for keeping me around and continuing to help set us up for success. And to Mr. Bob, Ms. Joan, David and the Lozinak family, Sal Baglieri and others for allowing me to have this opportunity and for showing appreciation for my work along the way.

Living away from home, the Curve front office staff has been like a family. Nate, Gallagher, Kess, Isaiah, Jess, ER, Adam, Alyssa, Homan, Steffan, Jake, Ed, Joel, Doug, Mason, McClain, Glenn, Michelle, Donna, Jade, Brianna, Bryan, Derek, Michelle, Aaron, Katie and others, it’s been great know y’all at the park and away from it, and I thank you for putting up with me.

For the last two years, we’ve had a great radio flagship group with Sounds Good Media, and I am thankful for the dedicated help from Ken Maguda, Scott Barger, Doug Herendeen and Ryan Hays. Garett and this crew will be working hard to continue putting together great broadcasts for Curve fans.

The Pittsburgh Pirates organization is filled with so many great people who have treated me very well over the years, and I’m thankful to all the broadcasters, PR staff, players, coaches and player development staff who have given more of their time, effort and energy to me than they were required to.

And thank you to the great Curve fans, season ticket holders, booster club members and others who support this team with great passion. I look forward to seeing you all when I come back to town with the Richmond Flying Squirrels next season.

Thank you to the entire Curve community for welcoming Brittany and myself these last four years. We’ll see y’all down the road.