Fans can cast their votes by clicking here.

We broke down the candidates for the All-Time Team Manager, Catcher, First Baseman, Second Baseman and Third Baseman already. Those posts can be found here. Now we will take a look at the finalists for the Fans’ Choice All-Time Team Shortstop. 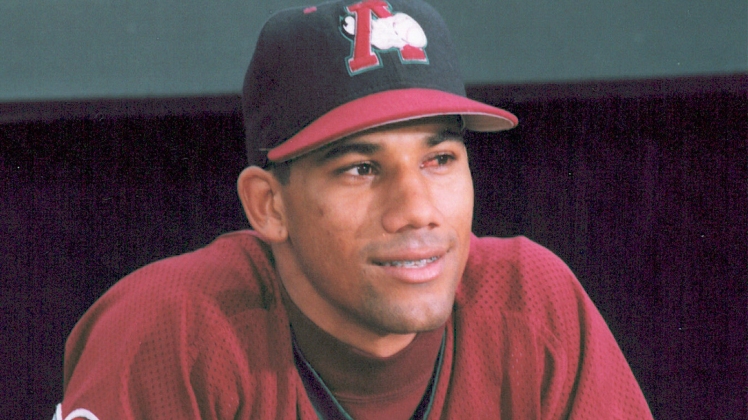 Luis Figueroa
Years: 1999-2000
Stats: .272, 4 HR, 78 RBI (225 games in two seasons)
Luis Figueroa was the Curve’s first shortstop, suiting up on Opening Day at Reading in 1999. He still holds the record for the most sacrifice hits in a season with 16, set during the Curve’s inaugural campaign. He spent the entire season with Altoona and returned in 2000. During his second year, he hit .284 over 94 games before a late-season promotion to Triple-A Nashville.

Figueroa reached the big leagues for the first time in 2001 with the Pirates, playing in four games. He also went on to appear in the majors with the Blue Jays and the Giants.

His Curve career was brief, but he was the team’s most successful alumni from the early years of the franchise. He reached the majors in the beginning of the 2001 season with the Pirates and went on to play nine seasons in Pittsburgh, picking up a National League All-Star selection and a Silver Slugger Award in 2004. He joined the Mariners in 2009 and closed out his career with the Braves in 2012. 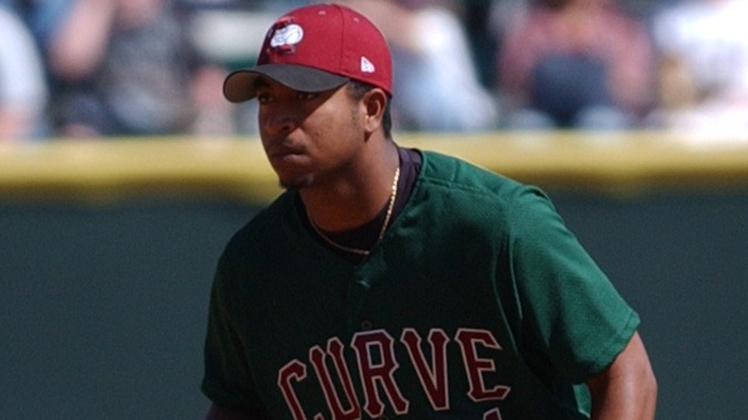 Jose Castillo
Year: 2003
Stats: .287, 5 HR, 66 RBI
Jose Castillo was the Curve’s Opening Day shortstop in 2003 and spent the entire season in Altoona. He was selected to play in the All-Star Futures Game in Chicago and was also picked as an Eastern League Mid-Season All-Star. He led the team with 498 at-bats on the season and became the fourth player in Curve history to register five hits in a single game on May 7, 2003.

Chase d’Arnaud
Years: 2010, 2013
Stats: .244, 6 HR, 48 RBI (136 games in two seasons)
Ranked as the Pirates’ No. 5 prospect by Baseball America heading into the 2010 season, Chase d’Arnaud was the team’s primary shortstop on their way to their first-ever Eastern League championship. That year, d’Arnaud was picked as an Eastern League Mid-Season All-Star, led the team in runs scored (91), triples (nine), stolen bases (33) and tied for the team lead with 33 doubles. The 91 runs scored are tied for third-most in a season by a Curve player. His 33 steals are fifth-most in a season in team history. On May 27 in Akron, he caught a line drive off the bat of John Drennen, stepped on second and threw to first base to turn the second triple play in team history. He homered three times in the playoffs that year, including one off of Andy Pettitte in Game 1 of the ELCS against Trenton to lead off the bottom of the first inning.

d’Arnaud debuted with the Pirates the next season and spent three total years with Pittsburgh. He has also played in the big leagues with Atlanta, Philadelphia, Boston and most recently with San Diego in 2017. He returned to Altoona on a rehab assignment in 2013, playing in four games.

Jordy Mercer
Years: 2010-2011
Stats: .273, 12 HR, 70 RBI (198 games in two seasons)
Jordy Mercer was the Pirates’ No. 22 prospect according to Baseball America in 2010, and he spent time playing at all four infield positions over the course of the season as the Curve won the Eastern League championship. He clubbed two homers in Game 2 of the ELCS against Trenton, a win that sparked a three-game winning streak to clinch the league title. He returned to Altoona as the Curve’s Opening Day shortstop in 2011 and played 72 games before a mid-season promotion to Triple-A Indianapolis.

Mercer debut with the Pirates in 2012 and has played with Pittsburgh for six seasons, posting a .256 batting average in 704 games.

Gift Ngoepe
Years: 2013-2015
Stats: .229, 15 HR, 93 RBI (274 games in three seasons)
One of the most talented defensive players ever to suit up for the Curve, Gift Ngoepe spent parts of three seasons in Altoona. He led the team with 131 games played in 2014. After working as a switch hitter early in his career, Ngoepe worked exclusively as a right-handed batter in 2015 and put up his best offensive numbers with the Curve. He was promoted to Triple-A in June 2015.

A native of South Africa, Ngoepe reached the majors for the first time in 2017 with the Pirates, becoming the first person from the continent of Africa to play Major League Baseball. He entered as a defensive replacement on April 26 against the Cubs and went 1-for-2 in a 6-5 Pittsburgh win. He played in 28 games overall with the Pirates in 2017.

With the Pirates in the big leagues since 2016, Frazier has posted a .283 batting average with eight homers over 187 games. He has played second base, shortstop, third base, left field and right field for Pittsburgh.

There is your look at the seven finalists for the Fans’ Choice All-Time Altoona Curve Team Third Baseman. Be sure to cast your votes here.

Season tickets for the Curve’s 20th season are currently on sale as the team looks to defend its Eastern League championship.