By Garett Mansfield AltoonaCurve.com The Pirates’ 40-man roster stood at 39 entering Wednesday’s 8 p.m. deadline and they protected five players from the Rule 5 Draft. Infielders Ke’Bryan Hayes, Will Craig and Oneil Cruz along with right-handed pitcher Blake Cederlind and Cody Ponce had their contracts selected. Ponce is the only player not on the Bucs’ … END_OF_DOCUMENT_TOKEN_TO_BE_REPLACED

By Garett Mansfield AltoonaCurve.com The Arizona Fall League concluded last week after the Salt River Rafters bettered the Surprise Saguaros in the league’s championship game. Seven members of the 2019 Altoona Curve represented the Pittsburgh Pirates and played next to prospects from the Boston Red Sox, Houston Astros, San Diego Padres and Seattle Mariners that comprised … END_OF_DOCUMENT_TOKEN_TO_BE_REPLACED 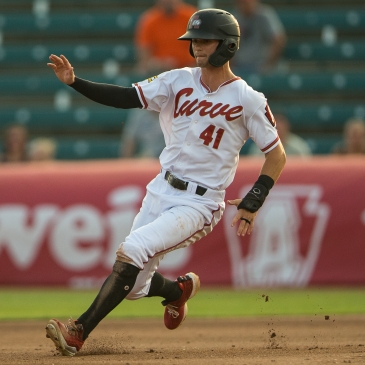 By Garett Mansfield AltoonaCurve.com The first weekend of games in the Arizona Fall League are in the books with Monday, September 23 serving as the league’s first day off. The AFL is a six-week showcase of baseball’s future stars divided among six squads. Seven members of the Pittsburgh Pirates minor league system are competing for … END_OF_DOCUMENT_TOKEN_TO_BE_REPLACED

There was an error retrieving images from Instagram. An attempt will be remade in a few minutes.